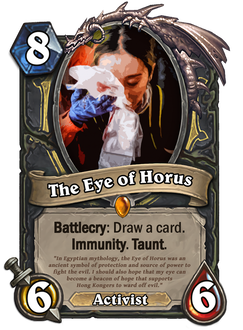 HarshTone was conceived in the immediate aftermath of the BlitzChung China/Blizzard controversy during the lead up to the BlizzCon 2019 protest. It was created as a means of personal protest as well as social and political criticism, and to explore the issues and players comprising the controversy: to examine the political and social struggles of Hong Kong, to shed light on the human rights abuses being committed by China's government, to examine Activision Blizzard's role and power on the geopolitical stage, and to highlight activism as a means of redress of grievance--all in the form of the very thing that birthed this controversy in the first place. A trading card game.

You can view the cards and download your own set to print at home (yes, it is playable) by visiting the project's website

"Home Town and Stomping Ground"
Davis, CA. November 2017.
A photo essay exploring my adopted hometown of Davis, California and the big beautiful city of Providence, Rhode Island, where I lived and learned as a young adult.

"A Climate Change"
Davis, CA. April-May 2017.
A mixed media and photography exhibit exploring the effect of climate change on the planet as well as on the climate of daily life.

"Manifest Destiny"
Davis, CA. October-December 2015.
A photographic tour across the U.S. examining the concept of Manifest Destiny and its effect on American society and mindset over 150 years later.
© Copyright Kirstin Adams, All Rights Reserved.